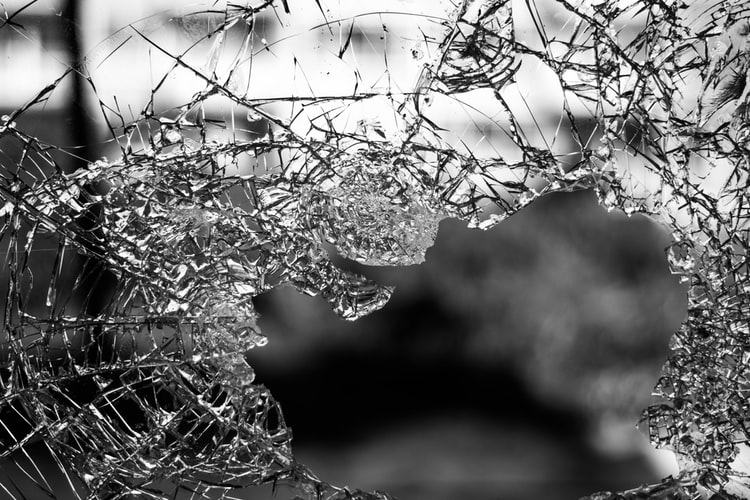 My roommate is a 32-year-old male who has never been married. And, impressively, he’s avoided impregnating any of his girlfriends thus far.

I am a 31-year-old woman, divorced with three children.

We both have jobs, manage to stay alive and successfully keep a houseful of boys in tact. And, we’re friends.

But, our existences in this world are vastly different. Care to guess which one of us has our shit more together? It isn’t me.

I am a hot mess of dirty laundry, trauma, scars, depression, anxiety, money woes and car trouble. His life is simple, scaled back, relaxing and affordable.

So, why does everyone around us seem to think that he is the broken one and I am the accomplished one? What exactly did I accomplish? Marrying a man I barely knew at 21-years-old? Moving two states away ten years later to get away from him and a slew of other bad decisions?

You are not broken because someone hasn’t snagged you from today’s window-shopping dating app shit-show and pulled your string like a wind up toy. Marriage is great. If you find yourself in a happily committed and monogamous relationship, and you care about the other human enough to involve the government, then good for you. May you live in marital bliss and rock in wooden chairs for the next 60 years. It’s a beautiful life for some people.

Not for all people.

With half of all marriages ending in divorce like mine did, I can’t blame men or women for their reluctance to put a ring on it. There are single moms out there like me, who’ve stood in charitable food lines post divorce, and single dads who’ve lost cars, homes and all their pride in the midst of bitter divorce proceedings.

Maybe my roommate is onto something.

He isn’t broken. He is happy.

If anyone is broken but patched back together like a raggedy Ann doll, I am. I am the one who felt that my life meant nothing, had no value or worth if I wasn’t attached to a person of the opposite sex, and that I would be a failure in the eyes of my very traditional family if nobody wanted to meet me at the end of an aisle. A woman’s life calling is to reproduce and be a room mother to snotty grade school kids, right?

I don’t regret the seven years I spent married to a racist, sexist, closed minded man who believed that my only duty in life was to stay barefooted, broke and pregnant. I don’t regret them because I did have three pretty awesome kids…and I will make sure they do not follow suit. In hindsight, though, I would have waited. I would have waited until I grew into who I was going to be. Traveled. Sat in coffee shops alone and flirted with the cute barista wearing glasses. Raged at music festivals and maybe tried something illegal. I would have found myself, learned my own value independent of a man and gone skydiving or something equally as stomach-dropping before my uterus dropped three crotch goblins.

My roommate, on the other hand, knows exactly who he is. He isn’t putting three traumatized children through therapy. He knows how he feels about stuff. He’s been able to think independently.  He hasn’t been brainwashed by a toxic spouse. And, one day, he’ll be able to enter a relationship free of baby mama drama.

Unmarried thirty, forty, fifty or sixty somethings aren’t broken. They are very often happier than their married counterparts and there is plenty of research to back this up. Don’t just take my experience as proof.  My roommate and I – we are just a couple of microorganisms trying to survive in a petri dish like everyone else. I’m just saying: Take your time. You aren’t broken. And you don’t have to get married. At all. Like, ever.

Sorry, the comment form is closed at this time.